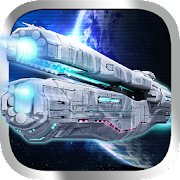 In the distant future the Earth is no longer inhabitable. The human race has been forced to explore the far reaches of space to seek energy sources and suitable planets to inhabit. Finally, after many thousands of light-years of space travel, we discover the perfect galaxy.